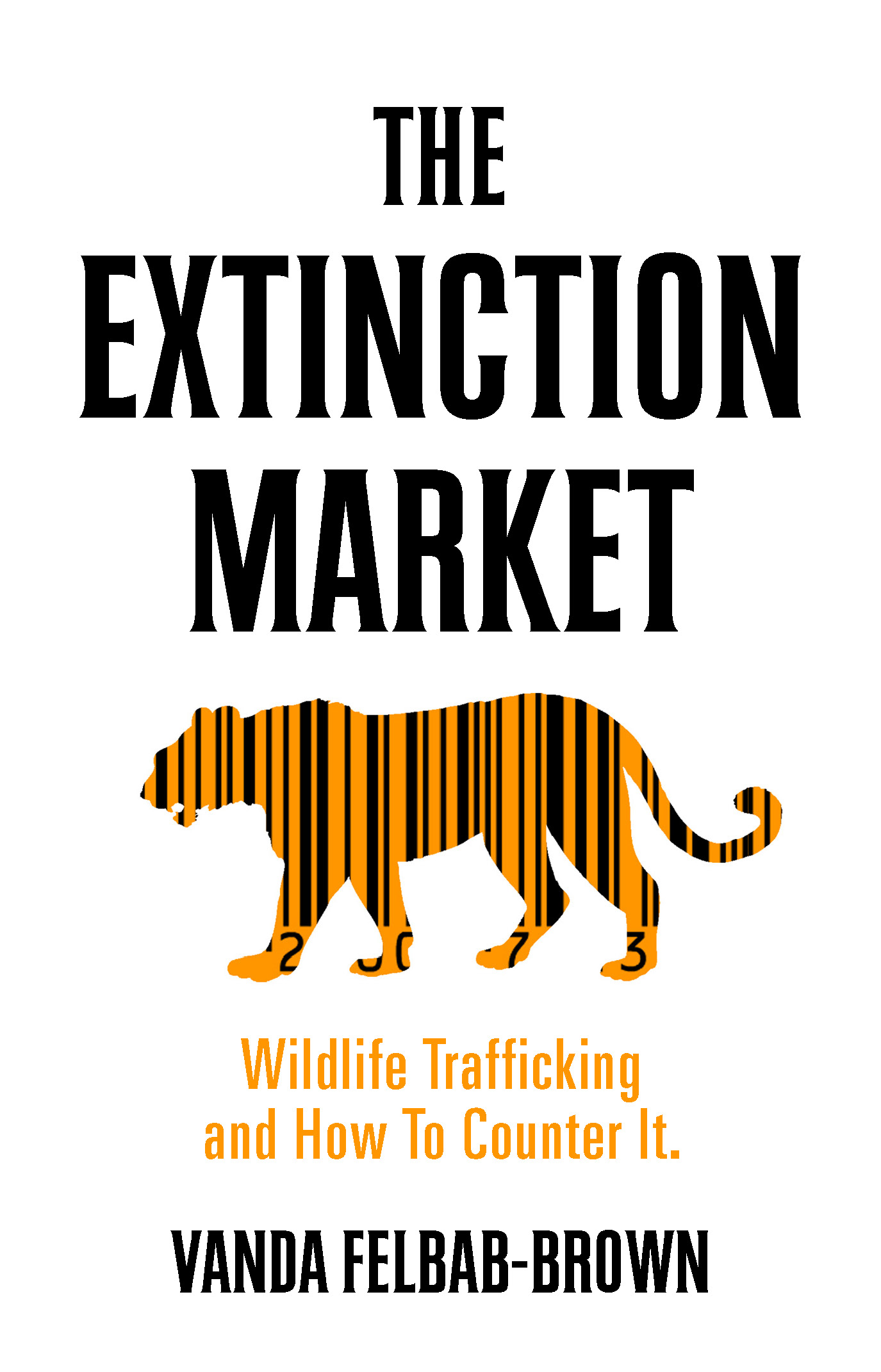 THE EXTINCTION MARKET: WILDLIFE TRAFFICKING AND HOW TO COUNTER IT, Vanda Felbab-Brown (Oxford University Press, 2017)

The planet is experiencing alarming levels of species loss caused in large part by intensified poaching and wildlife trafficking driven by expanding demand, for medicines, for food, and for trophies. Affecting many more species than just the iconic elephants, rhinos, and tigers, the rate of extinction is now as much as 1000 times the historical average and at its worst since the dinosaurs died out 65 million years ago. In addition to causing irretrievable biodiversity loss, wildlife trafficking also poses serious threats to public health, potentially triggering a global pandemic.

The Extinction Market explores the causes, means, and consequences of poaching and wildlife trafficking, with a view to finding ways of suppressing them. Vanda Felbab-Brown travelled to the markets of Latin America, South and South East Asia, and eastern and southern Africa, to evaluate the effectiveness of various tools, including bans on legal trade, law enforcement, and interdiction; allowing legal supply from hunting or farming; alternative livelihoods; anti-money-laundering efforts; and demand reduction strategies.

This is an urgent book offering meaningful solutions to one of the world’s most pressing crises.

Read a preview of the book here.

Summary of the book courtesy of Google Books.