Wildlife legislation in Tanzania creates various offences to enforce its provisions. The offences aim at protecting habitats, protecting wildlife and regulating hunting.  They also regulate trade in wildlife and wildlife products and wildlife trophies and ensure proper enforcement of the law.

The Wildlife Conservation Act protects wildlife habitats in the form of game reserves, game controlled areas and wetlands reserves. It prohibits unauthorized entry and possession of firearms and other weapons in game reserves. The Wildlife Conservation Act further outlaws the destruction of vegetation in game and wetlands reserves. It further prohibits wilfully or negligently causing bush or grass fires, felling, cutting, burning, injuring or removing any standing trees. Grazing livestock in these areas is also prohibited as this tends to over strain the wildlife habitat.

To further protect habitats, the Wildlife Conservation Act seeks to limit activities in reserves.  It does so by prohibiting crop cultivation, collecting sand, prospecting or mining in game reserves. The Wildlife Conservation Act further legislates against causing environmental harm to habitats.  It is an offence to leave litter, refuse and unburnt trophy drying racks at hunting sites.  It is also an offence to leave hunting sites in poor conditions that are likely to cause danger to the public or to animal health.

The Marine Parks and Reserves Act seeks to protect marine wildlife habitats by prohibiting the gathering, collecting or removing of fish, aquatic vegetation, sand, minerals or aquatic substrates from marine parks and reserves. The Act also makes it an offence to engage in aquaculture, make salt, or operate vehicles or vessels in marine parks and reserves. Discharging or depositing oil, chemicals or hazardous substances or sewage, litter, rubbish or other substances within a marine park or reserve or buffer zone or adjacent area is an offense. Further, it is an offense to mine or install heavy industry outside a marine park or reserve.

Wildlife laws in Tanzania also create offenses to protect wildlife. The Wildlife Conservation Act makes it an offense to hunt, burn, capture, kill, wound or molest any animal or fish is a game reserve, game controlled area or wetland reserve without a permit. It is also an offense to endanger wildlife by digging, laying or constructing pitfalls, nets, traps, snares or other devices capable of killing, capturing or wounding any animal or to be in possession of a weapon intended to be used for hunting, killing, wounding or capturing an animal.

Hunting, wounding, injuring, molesting or killing a protected species in a species management area or an animal designated as a national game is prohibited and so is hunting during a closed season. The Act also takes into mind the welfare of wildlife by making it an offense to drag, cut or display a dead animal in the vicinity of a lodge, hotel, zoo or camp frequented by visitors. Further, it is an offense to throw an animal carcass into any permanent pool, water-hole, salt-lick or any place commonly used by animals as a resting place.

The National Parks Act has similar provisions to the Wildlife Conservation Act in legislating to protect wildlife. Hunting, killing, capturing, wounding, molesting or disturbing any wildlife in a national park is an offense. It is also an offense to dig, lay or construct a pitfall, net, trap or snare in a national park or to carry or have in one’s possession a weapon intended to be used for hunting, killing, wounding or capturing an animal in a national park. Failing to report the killing or wounding of an animal in defense of life or property is also an offense.

The Marine Parks and Reserves Act protects marine species by prohibiting fishing, hunting, killing or capturing fish or any animal or disturbing any nest, roe or spawn within a marine park of reserve. The Act further prohibits being in possession of a weapon, explosive, trap or poison in a marine park or reserve. The Zanzibar Forest Resources Management and Conservation Act makes it an offense to kill, injure, destroy, capture, collect or otherwise take any wild animal or plant or to destroy the nest or egg of a wild animal.

The Act also prohibits using a mechanically propelled vehicle or any poison, bait, poisoned weapons, stakes, nets, gins, traps, set guns, pitfalls, missiles, explosives, snares, spears, fences or enclosures for hunting. It is also an offence to cause a fire in the process of hunting, to hunt an animal within 500 metres from any permanent water, waterhole or salt-lick, to hunt an animal within 1 kilometre of if a national park, zoo, game sanctuary the Ngorongoro Conservation Area or an aerodrome and to hunt during the hours of darkness.

The National Parks Act also creates offenses that help to ensure adherence to hunting regulations. Hunting, capturing, wounding or killing an animal in a national park without a license is an offence.

The Zanzibar Forest Resources Management and Conservation Act prohibits killing, wounding or capturing a wild bird during a closed season. 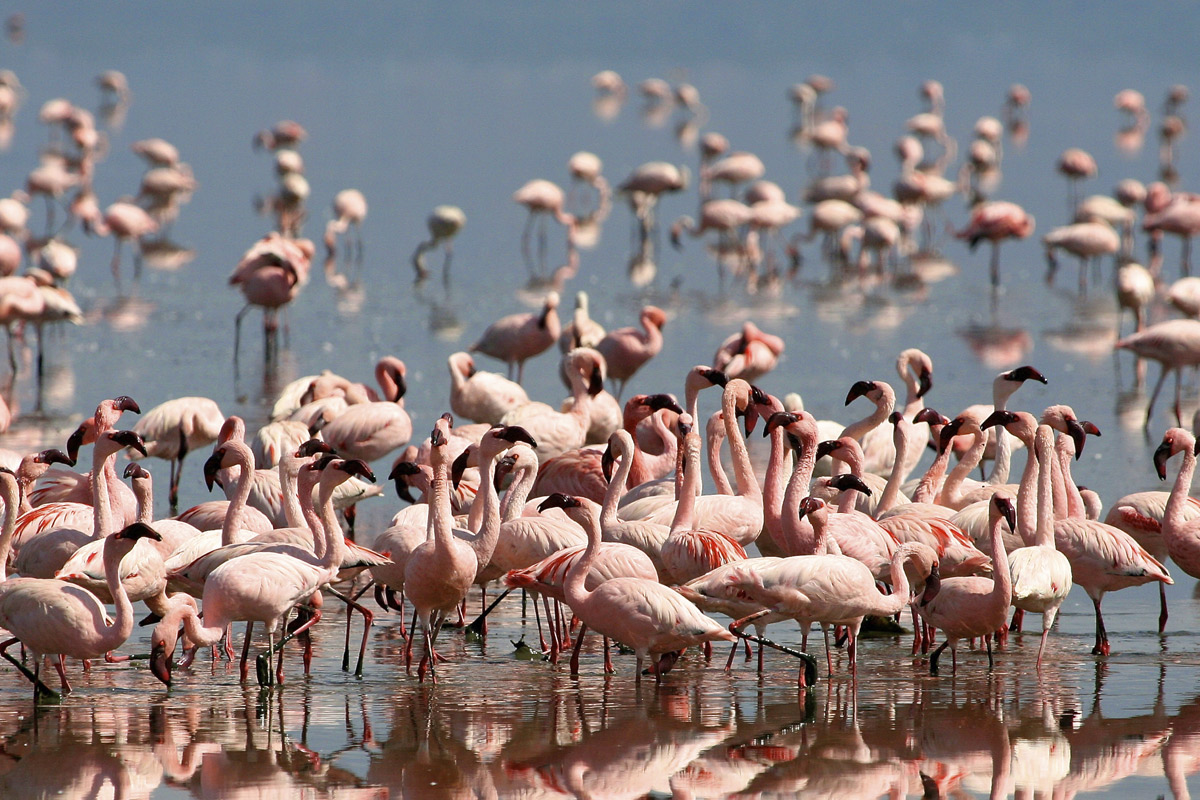 Trade in wildlife and wildlife products is also regulated by law in Tanzania. The Wildlife Conservation Act prohibits trading in wildlife species or specimens in violation of CITES provisions and exporting, importing, transporting or re-exporting wildlife species, specimens or products without a CITES permit.

The Marine Parks and Reserves Act makes it an offense to sell or transport any fish, animal, aquatic flora, vegetation or products thereof.

According to the Zanzibar Forest Resources Management and Conservation Act, it is an offence to expose or offer for sale or purchase any wild animal, nest, egg or any skin or part thereof. This Act further prohibits exporting of any part of a wild animal that has been taken in contravention of the Act.

Wildlife legislation in Tanzania also seeks to regulate activities relating to wildlife trophies. The Wildlife Conservation Act creates offences to deter unlawful activities relating to wildlife trophies. It is an offence to fail to remove any skin, ivory, horn or tooth or other trophy of an animal killed by accident and to fail to hand over any trophy from a wild animal killed accidentally to the relevant authorities. One must obtain a certificate of registration to be in possession of a trophy or transfer a trophy to another person, failure of which is an offence. The Act also prohibits the sale, purchase, transfer, acceptance, export or import of trophies contrary to CITES requirements.

For purposes of ensuring that law enforcers can properly exercise their powers, the wildlife laws in Tanzania provide for offences that ensure proper administration and enforcement of their provisions. It is an offense under the Wildlife Conservation Act to transfer or assign a licence or permit to another person without authority and to fail to carry a licence, permit or written authority when exercising the rights conferred under the Act. One must also record the details of animals killed, wounded or captured under licence and surrender a licence or permit within 30 days of its expiry or face the penalties under the law.

It is also an offence to fail to inform an authorised officer that one is disqualified from holding a licence or permit and to contravene the terms and conditions of a licence or permit issued. The Act also protects licences and permits by making it an offence to forge, alter or deface a permit and to obtain any licence or permit by fraud, misrepresentation or false pretense. The Wildlife Conservation Act seeks to protect officers in the exercise of their powers by making it an offence to obstruct an officer, to fail to give information or produce a document when required to do so and to assault an officer when he or she is on official duty.