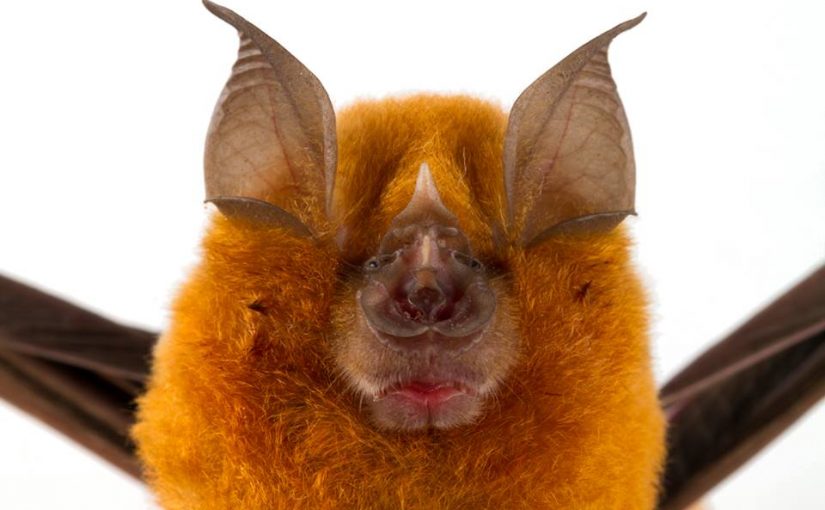 The Conservation Areas Law protects habitats by making it an offence to conduct archaeological work or other works in a conservation area without the authorization of the competent authority.  It is also an offence to set fire to and destroy, in whole or in part, any forest, woodland or trees. 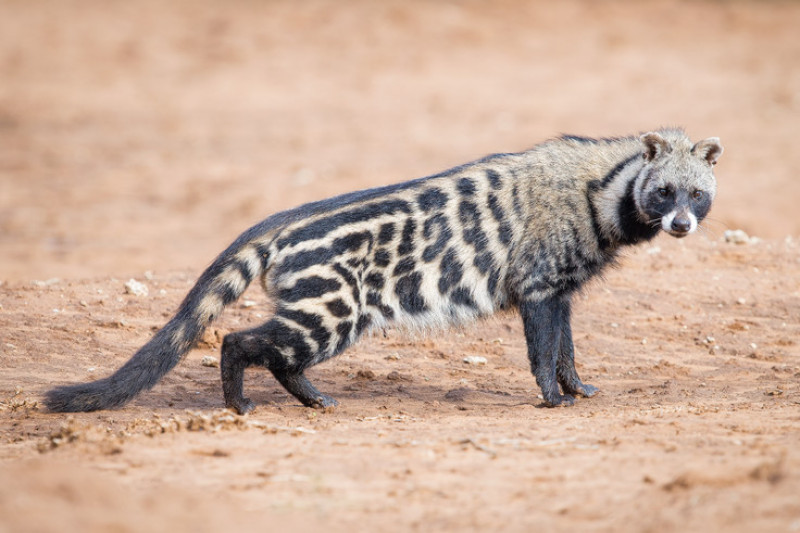 To protect wildlife, the Forests and Wildlife Law prohibits the disturbance of wildlife in protection areas.

The Forestry and Wildlife Regulations ban any practice that may disturb wildlife and makes it an offence to abandon any animal that have been injured or killed illegally.

The wildlife laws and regulations also provide for offences to control hunting. Hunting is legal in Mozambique so long as the set down rule are adhered to. The Forests and Wildlife Law criminalizes hunting without a license and the failure to follow the conditions stipulated in a hunting license.

The Forestry and Wildlife Regulations provide for some of the stipulations in the hunting license.  The hunter must kill only the animals listed in the hunting license and can only hunt using the tools and means specified in the license.  During hunting the hunter must not destroy any bird or reptile nests and eggs. Further, the hunting party cannot comprise more than six hunters.  When the hunting is concluded, the hunter should not transport the animal carcass or carcasses in pieces that make difficult to identify the animal species and sex by law enforcement agents.  The hunter is also prohibited from selling bush meat except if he is expressly authorized to do so. 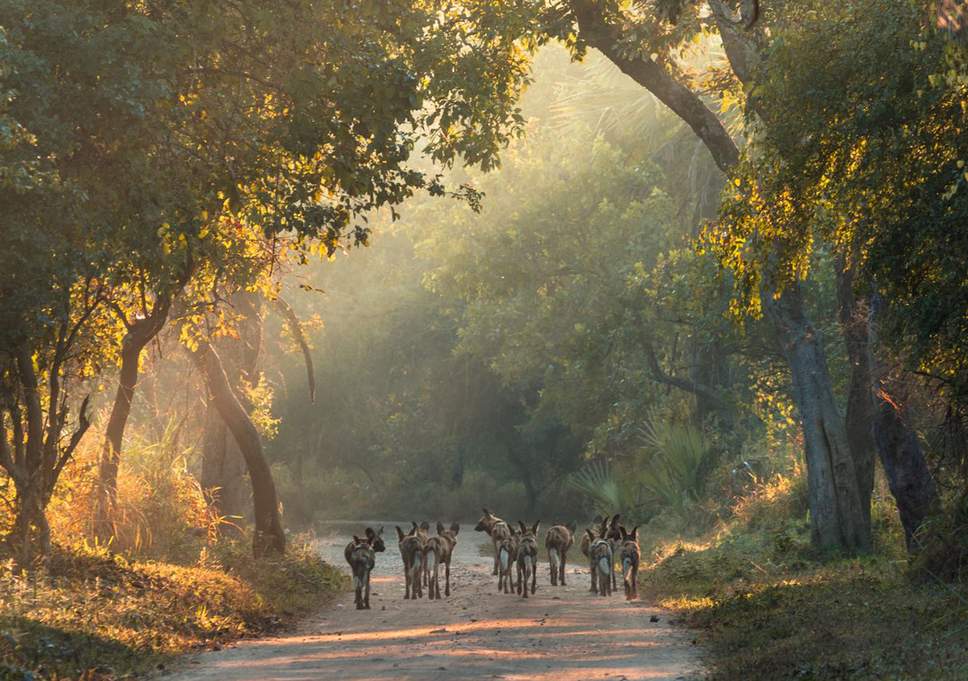 The Forestry and Wildlife Regulations stipulate more comprehensive rules on hunting and provide for more comprehensive offences and penalties.  It is an offence to hunt during closed hunting seasons.  The closed seasons are defined as the period between 1st of October and 31st of March. The Forestry and Wildlife Regulations also prohibit hunting during the night, on Sundays and on public holidays.  Daytime is defined as the period between sunrise and sunset.  However, there are some exceptions to this rule as some animals may be hunted during the night.  These include the leopard, lion, crocodile and bush pig.

One should also not hunt in prohibited places.  The places where hunting may be conducted are clearly stipulated under the law.  These are multiple use areas, game farms, hunting concessions, buffer zones and zones of historical-cultural value. Hunting is prohibited in protected areas, bird resting sites, bird nesting sites, areas within 500 metres from national roads and railways, islands, wildlife watering points and burnt or flooded areas while the fire is still burning or the area is still flooding.

The law further prohibits hunting using banned instrumentalities.  The hunting tools and means of hunting which are permitted include hunting rifles, arrows, woody sticks, hunting dogs, boats for aquatic birds and crocodiles, horses and bait for hunting of lion and leopards.  If on needs to use a hunting rifle, then they must obtain the appropriate permits from the Ministry of Home Affairs.  The use of snares and mechanical traps is not permitted and the use of spotlights is only allowed for the hunting of lions, leopards and bush pigs as well as for the hunting of crocodiles when carried out by boat.  Hunting with the use of explosives or poisonous substances is not allowed. The Forestry and Wildlife Regulations provide that hunting using explosives and poison can only be done if lawfully authorized.

The Forestry and Wildlife Regulations prohibit hunting without a license. The hunting license is specific to the person issued with it and cannot be transmitted or passed on to other individuals. A licensed hunter is allowed to be assisted during hunting activities.  This includes carrying the hunting rifle and hunting products.  However, the assistants are not permitted to kill hunt under his license or use the rifle.  The hunter is held responsible for any offense committed by his/her assistants and this responsibility extends to any damage that may be caused by them during the hunting expedition.  Further, the hunter should not be accompanied by more than three assistants.

The Forestry and Wildlife Regulations also regulate hunting by prohibiting the hunting of protected species.  This includes species listed as protected by law and any other species that become protected by law or by international conventions, young animals of any species and pregnant females or females accompanied by calves.

Mozambican wildlife legislation also seeks to regulate trade in wildlife and wildlife products by creating offences.  The Forests and Wildlife Law makes it an offense to import or export forest or wildlife resources without a valid license or contrary to provisions stipulated by law.  It is also an offense to abandon forest or wildlife products obtained that are subject to licensing. Further, under the Forests and Wildlife Law , storage, transportation or commercialisation of forest or wildlife resources without authorization or contrary to conditions stipulated by law is prohibited. 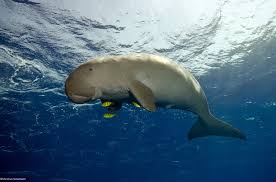 Similarly, under the Conservation Areas Law, storage, transportation or commercialization of natural resources without authorization is an offence.  Storage, transportation or commercialization of protected species carries a stiffer penalty.  It is also an offense to receive resources without proof of authorization of the seller or carrier to sell or carry them.  Transportation of animals in conditions that camouflage their gender and species is also prohibited and so is importing or exporting natural resources without a license or contrary to any provisions required by the law. The Conservation Areas Law also criminalises the violation of any CITES provision in relation to the CITES listed species.

Under the Forestry and Wildlife Regulations, marketing, importing or exporting of wildlife specimens without proper authorization is an offense.  Transporting of wildlife without authorization or without an animal health certificate is also an offense.  One must have a permit in order to be in possession, transport or commercialise wildlife trophies.  Trophy licensing consists of registering the trophy in favour of the hunting license holder and printing on the trophy the place and date of hunting. Before a trophy license is issued, the trophy can be transported within the country using the hunting license. The law presumes that the wildlife products were killed by the person possessing or transporting them.